SheWinS is a Vermont-registered nonprofit organization that offers an after-school soccer program dedicated to empowering, mentoring, and encouraging individual development of the young girls in Memel.  Founded in 2008, SheWinS collaborates with the Memel Primary School, located in the center of town. While the main focus is on the primary school girls, there is also a competitive track and field team that includes both boys and girls.

SheWinS invests in local girls and provides them with the confidence and resources to establish healthy lifestyles and identities of leadership and strength. Since SheWinS began, nearly all primary-school-aged girls have been enrolled in the program.

The girls have become more alert and confident in class. Academic performance has improved, especially in English and reading, and all girls develop healthier eating and lifestyle habits. The program contributes to real individual and community empowerment as well as opportunities for social mobility. 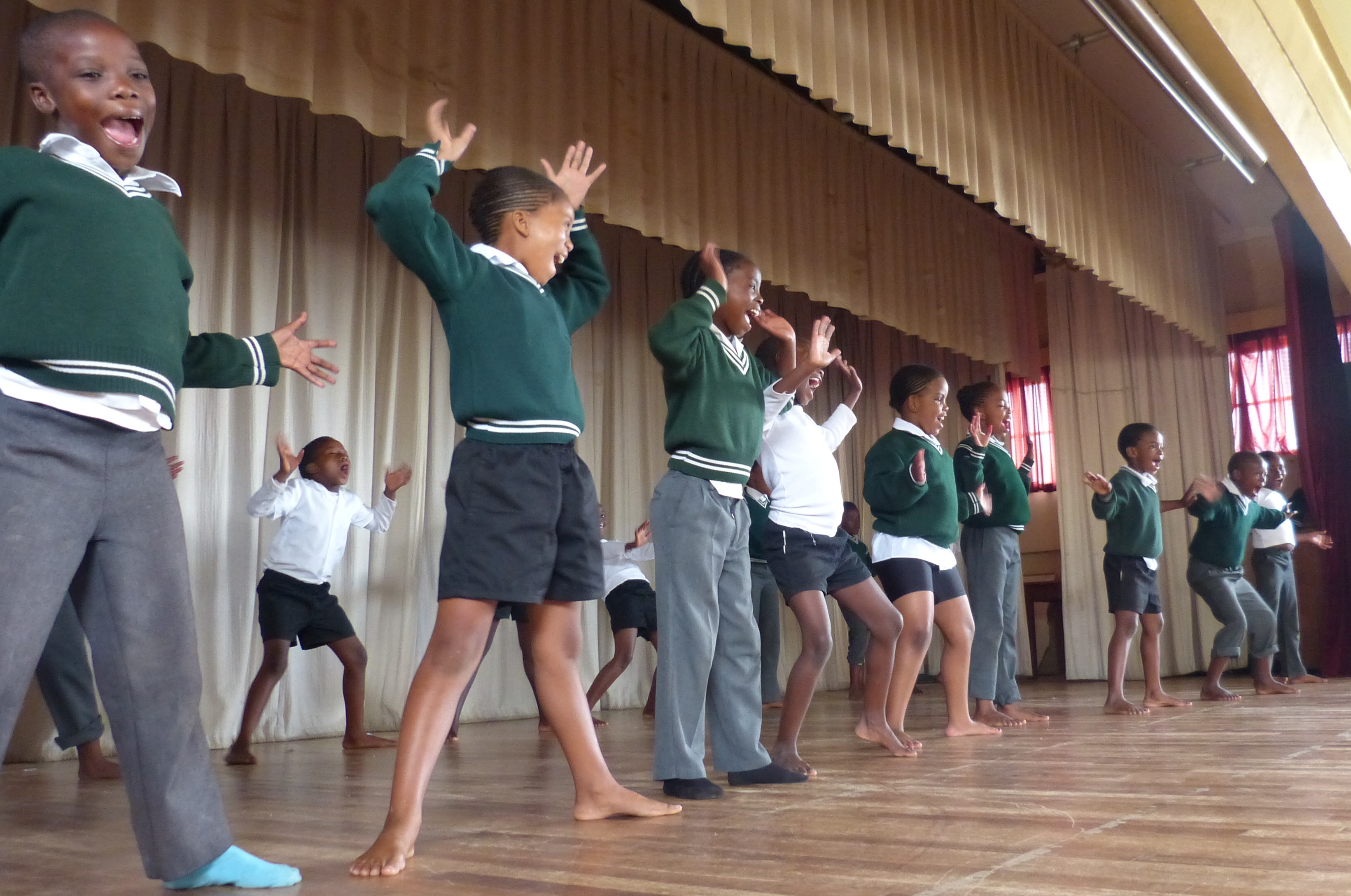 While the first and longest-running program is soccer, SheWinS also hosts other programs in math and reading, art and music, dance and yoga. A library of over 5,000 books has been built, the best public school library in the Free State.

Read More About the Library

The track and field team is competitive both within the Free State and on national levels, sending a few students to the highest level of competition each year. Along with Memel Primary, SheWinS has consistently taken top places and has been close to breaking records at the Harrismith Drakensberg Regionals and Eastern Free State Finals in Bethlehem. 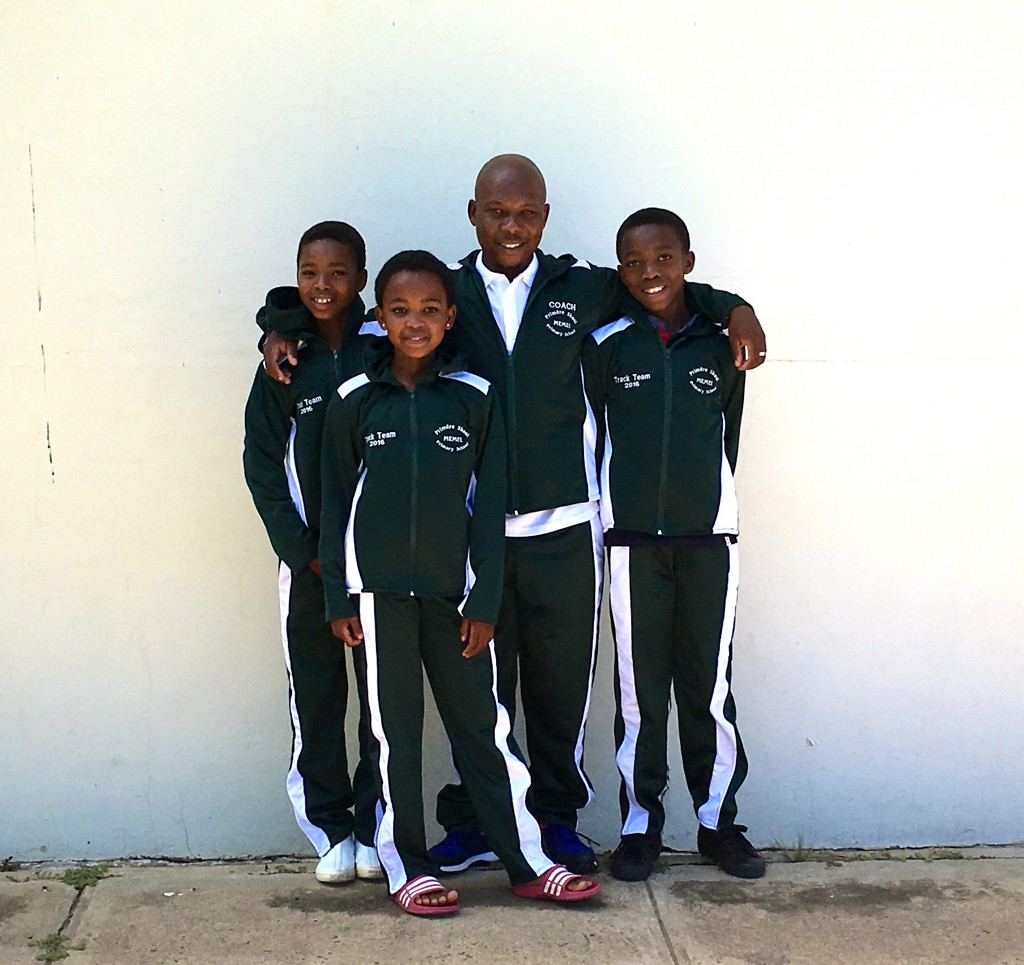 SheWinS is run every year by volunteer coaches. Our volunteers are typically American women who commit to spending three months in South Africa. They work as coaches and mentors and are encouraged to take on independent projects. Room and board, in-country transportation, and daily living expenses are covered by the organization. All of our athletic programs are managed by a local head coach along with the volunteer American coaches.

Volunteering with SheWinS is an exciting and challenging experience. Volunteers are given independence and creative leeway as they conceptualize, design, plan, and execute their projects in collaboration with Memel Primary School. SheWinS is ultimately made powerful by the initiative of passionate volunteers who bring their energy, skills, and an attitude of service to everything they do. 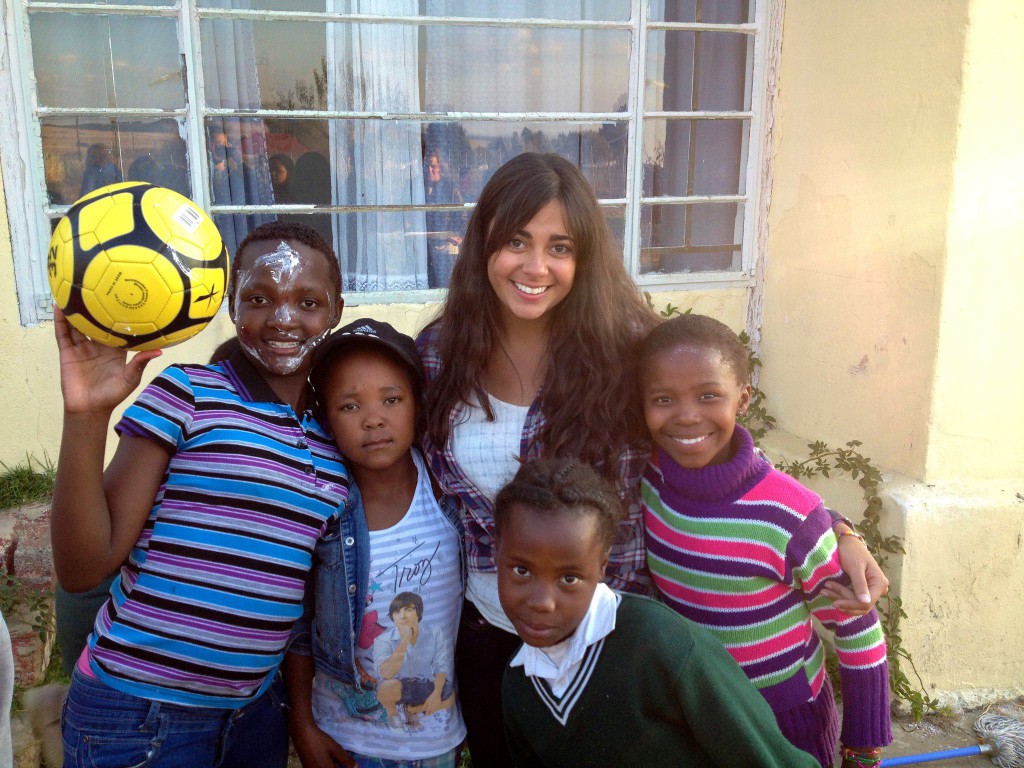 The SheWinS program is generously funded by a network of private donors. Their faithful support keeps the program thriving and enables it to continue growing, while the talents and fresh perspectives of an active rotation of volunteers ensure that the activities are impactful on the ground.

SheWinS is working with Naropa University to provide class credits and educational opportunities that fit their programs. SheWinS has also developed ties with www.womenswilderness.org.

If you are interested in learning more or getting involved in SheWinS, please contact Cindy Burns at cbxhcr@gmail.com

SheWinS and Its Athletes’ Success at a Regional Meet: Reflections from Cindy Burns

Early on a February morning, young athletes from Memel and Zamani, in the Free State Province, boarded a small bus to Bethlehem to compete in the Regional Athletics Meet. The 12 athletes were the best long-distance runners, sprinters, and long jumpers hailing from the small Memel Primary School. They are supported immensely by their schoolmates and teachers and sponsored by SheWinS.

It was only 5:00 a.m. when the bus first pulled out of Zamani, so for the first 30 minutes or so the kids were relatively heavy-eyed. As the morning sun gradually rose over the Drakensberg, the lethargy evaporated along with the morning dew, the excitement elevated, and the chatter slowly came to life. It began with whispers and hurried conversations; in no time whatsoever, the whole bus had erupted into song and laughter. The athletes were enlivened and ready to go.

The meet started off with the long-distance runners and the long jumpers. We had three girls and four boys of varying ages competing in the long jump. Sipho, our oldest male jumper, is particularly skilled for his age. Although much of his talent is raw, his ardent commitment to the sport and his enthusiasm for bettering his abilities are what make him such a standout athlete. At this meet, Sipho held his own in the group of 14 other U-13 long jumpers. One of his competitors was a sturdily built boy who towered over him. This boy’s impressive athletic abilities cannot be denied, as he went on to take first place in multiple other categories. Regardless, Sipho gave him a good run for his money and ended up jumping just a handful of millimeters short from first place.

Meanwhile, the hard work of our two long-distance runners had paid off in their respective races. The two girls had been waking up at 5:00 a.m. for the past two weeks to train. From training, they would go straight to school and often practice for a second time after school had ended. They have never once complained or objected when their coaches tell them to run four more laps; they simply put their heads down and start to run. The older of the two girls placed third in her race, out of 12 other athletes. The younger placed fourth out of 15 other runners. After this meet, both girls advanced to the next level and continued to train rigorously every morning and afternoon because, as they said themselves, “we want to do even better next time.”

By the end of the meet, four other athletes from Memel Primary School had received silver or bronze medals and were set to advance to the next level. My words cannot do justice to the impressive feat of these young boys and girls. Each of their individual achievements are attributable to a drive to succeed and push themselves despite insurmountable odds. Sports have given them confidence and tenacity in a world where their self-confidence and persistence are undermined daily.

On the ride back to Memel from Bethlehem, one of our female long jumpers (who had placed second in her age category) fell asleep, her head resting on my shoulder. At one point, the bus jerked over a bump, and she woke up, clearly in a state of semi-delirium. Her hand shot to her chest, grappling for the silver medal that hung there. As her fingers found what she was looking for, her body relaxed, and she closed her eyes and rested her head back on my shoulder, all the while smiling softly to herself. Maybe she was afraid that it had all been a dream, or maybe she just wanted to feel the cool surface of her remarkable triumph.